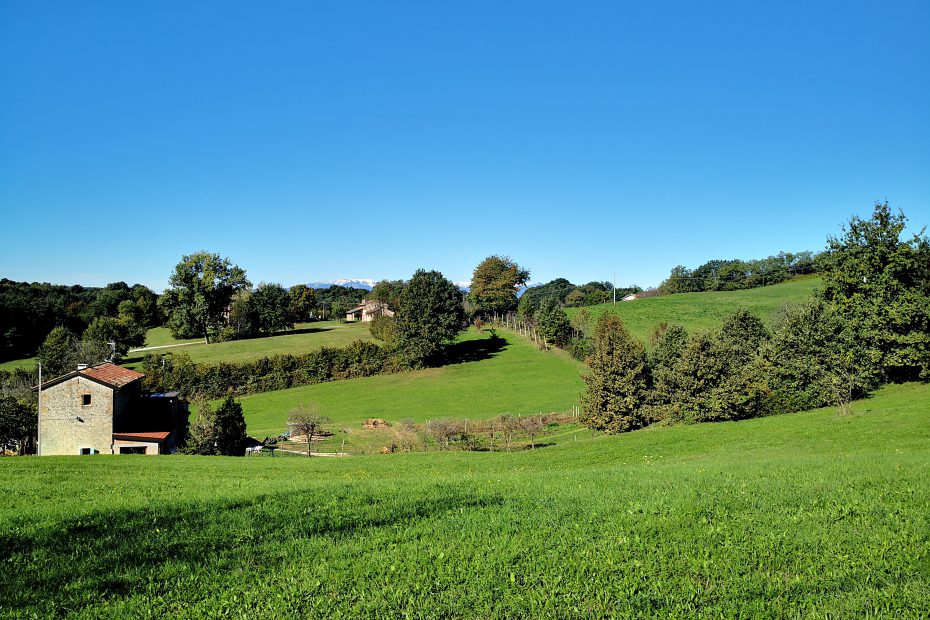 With this first article I would like to talk about home, about the place where I come from.
I was raised on a hill in the province of Treviso, to be more precise, it is the first hill you meet when you travel from Venice towards the mountains. It has the shape of a bean and it is the divide between plain and mountains: the Montello Hill.

It is a mount that stretches in east-west direction for fifteen kilometers and it is only five kilometers wide, skirted by the river Piave on its north and east sides.

The picture of this place that I have in my mind is of gentle curves, that in some cases tighten up in V- shaped valleys; of meadows that alternate with spread acacia forests that in spring release the perfume of their delicate flowers. I remember my grandfather vineyards and the smell of seasons alternating tirelessly; the smell of hay drying under the sun and the colour of ripe persimmons in grey autumn.

The history that permeates this place begins at the dawn of time: from first neolithic settlements, to the first Veneto inhabitants, to the annexation to the Venitian Republic, to the bloody battles of the First World War.

For centuries it had been domain of the Venetian Republic, wich expanded its holdings on the mainland to obtain goods from the soil and woods from forests.

The Montello Hill became the nursery of oaks used to build the Venetian ships. The entire hill was divided into ten areas and every ten years the trees from one of these areas were cut and through the river Piave, they used to travel to the Venice Arsenal.This way the forest had a hundred years to grow again and offer the timbers Venice needed.

Approaching the 19th Century, Napoleon left the hill in the hands of the Austrian demain. These areas were divided in half, forming now twenty areas where logging happened every five years.

These areas are still visible, because their borders are today represented by the twenty streets that run through the hill from north to south. The name of these roads remain often a mistery even for those who live on the hill, because locally we call them “prese”, followed by the number of each one.

My “presa” is the number two, also called the Paradise road. I have always loved to think the reason why is called that is because after a few hundreds of meters from the start of the road, houses become rare and the forest surrounds the road that among its bends climbs among woods, meadows and deep dolines, that are telling us about a karst landscape shaped by water.

But we will be talking about this another time.