Take a walk in Art 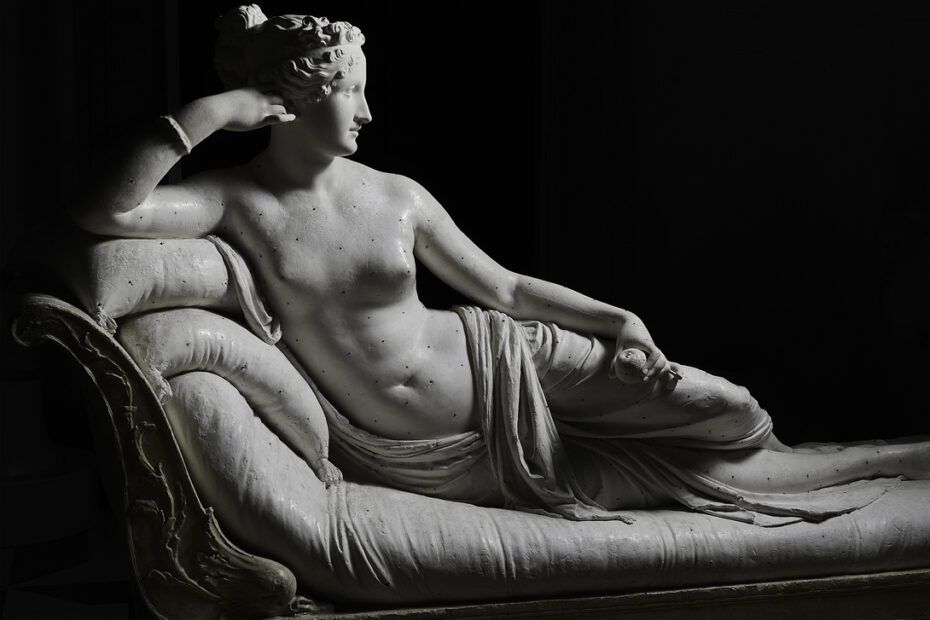 TAKE A WALK IN ART

In the Eighteenth and Nineteenth century Europe lives a fervent moment of its history from an economic, political and cultural point of view. The Enlightenment philosophy brings a new way of understanding man and learning. Mankind is led to train an individual who denies dogma, applies empirical method and doesn’t know any limit. It is a social revolution. Secular institutes grow in number and Academies are renovated. Educating to beauty becomes a necessary part in the learning process.

Artistic theories aim to resume the ancient model, this period of time is called Neoclassicism. It is not only studied the classical appearance, but also classical principles and values, which are imitated, and the primary source is nature. The fascination for the antique engages rising stars of high society, those are the years of the Grand Tour. Students of Academies and young aristocrats face a long journey to visit the ruins of ancient civilizations, the main destination was surely Rome. Also Naples had a key role, especially after the archeological excavation of Pompeii and Herculaneum in the Eighteenth Century.

Antonio Canova grows up in this time of shifting and inherits the taste for the antique, besides the burden given by the confront with it. He is born in Possagno, but he is trained and works in Rome since a young age, after a short time in the workshop of Torretta in Venice. Tied to the neoclassical theories of Winckelmann, he spends his days studying public and private collections, Roman monuments and eventually he arrives in Naples, where he can admire the Veiled Christ, made by Giuseppe Sanmartino. When he goes back to Rome, Canova starts to work on Teseo che siede sul Minotauro, manifesto of his poetics.

Rome ensures him many commissions, also after the success of Napoleon. The artwork we analyse, in fact, is the portrait of Paolina Borghese, Napoleon’s sister, resembling a victorious Venus, made between 1804 and 1809. The marble artwork is hosted at Borghese Gallery. It represents a young and beautiful venus, lying on an agrippina. In her left hand she holds an apple, clear reference to the matter of Paris, who had to choose the most beautiful among the Goddesses. The upper body is nude, only a light veil covers her hips and glutes alluding to a soft pudency. The image of Paolina is sublime, honored by the comparison with Aphrodite, Goddess of Love. The marble artwork is covered in a wax film, which makes the material human, warm and tangible. Jewels decorate her skin and hair, gathered in an accurate coiffure.

The artwork kept in the Possagno Gypsotheca is in cast, it has the same scale and attention to detail as the one in marble. Canova had a bottega, but the realization of details was surely made by the teacher. The technique includes the creation of a cast model shored with bronze  nails – rèperes – useful when it was time to make the marble artwork. Rèperes, in fact, represented key points when it was time to make the marble piece. By using the compass, it was possible to  report size and proportions, previously studied on the cast model.

Paolina is part of the cast collection visitors can see at the Gypsotheca, created by Canova’s step brother Giovanni Battista Sartori in Canova’s birth town, Possagno. It is a basilica, whose sacrality shines through. It has one aisle covered by a barrel voulted ceiling. Three openings illuminate the corridor where the artworks are placed. The building was expanded in 1955 by Carlo Scarpa, ancient and contemporary architecture merge in a unique and evocative setting. 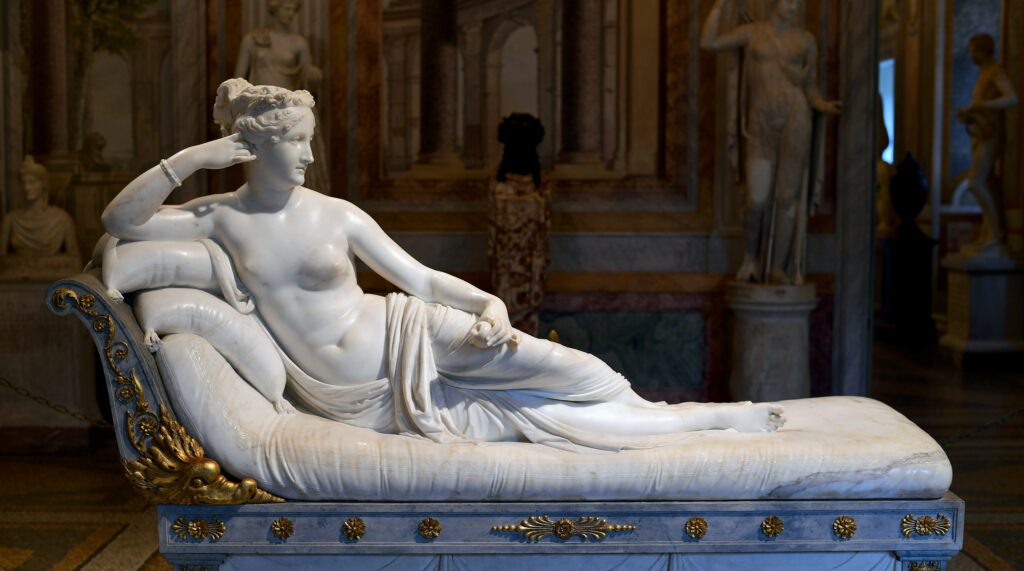